In the first part of this project project, new simulation and regionalization methods to simualte karstic groundwater recharge on large scales were developped and published (Hartmann et al., 2015, GMD).

Observed precipitation and (d) potential evaporation versus the simulated (b) mean annual recharge and (e) mean annual recharge rates derived from the mean of acceptable 250 parameter sets, and (c) the standard deviation and (f) coefficients of variation of the simulations due to the variability among the 250 parameter sets for the period of 2002-2012 (Hartmann et al., 2015, GMD)
​ 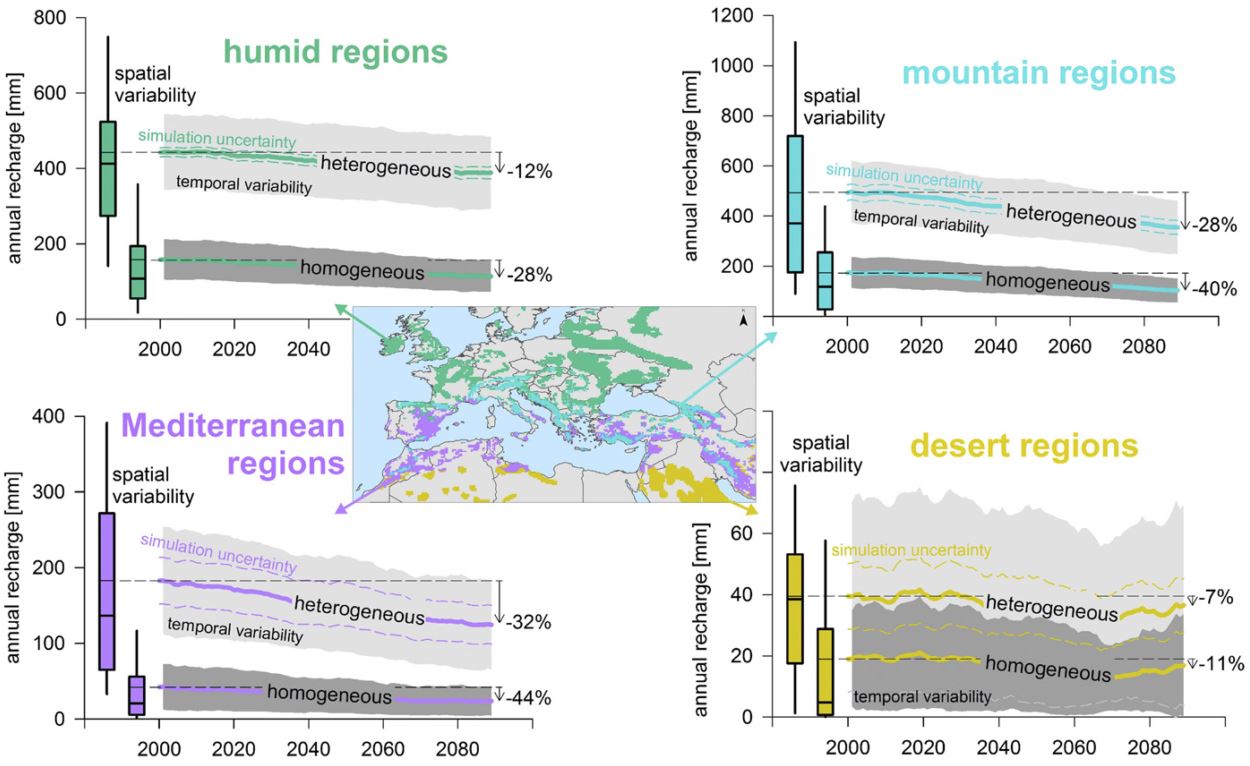 Simulation results for the two subsurface representations for four regions; spatial variability within each region for the present (1991–2010) is presented by the boxplots; temporal evolution of recharge rates is expressed by a 20-y moving average (centered around its mean year, for instance the year 2000 for the 1991–2010 average); temporal variability within each 20-y window is expressed by its SD indicated by the gray shading around the mean (gray dashed line represents lower boundary of the heterogeneous model temporal variability at the desert regions); simulation uncertainty of the heterogeneous model due to parameter uncertainty is indicated by the dashed lines around the mean recharge (Hartmann et al., 2017, PNAS)